Having a bit too much fun hunting down all the coloured walls in West Hollywood ??

Glamour and vibrance are the first words that come to mind when I think of West Hollywood. It’s iconic because it’s home to the legendary Sunset Strip, some of the craziest nightclubs and restaurants in the US crazy night life, and has featured in more movies and TV shows than one can remember. But it’s also unexpected. Its modern Design District has surprises at every corner, there are gourmet cafés and exceptional eateries lurking in the tiniest of alleys, and there are street art surprises at every corner.

But the best part of West Hollywood is the emphasis on inclusion. Here you’re free to be who you are. Where else will you find state-sponsored rainbow crosswalks painted in rainbow colours of the LGBT flag? If you know anything about us, you’d know just how much we love places that celebrate such heterogeneity instead of sweeping all sexual impulses under one homogenous umbrella.

So if you’re on a road trip in US, you must check out this little corner of California. Here’s a little guide to all our favourite places in West Hollywood:

Things to do in West Hollywood

You’ve seen it in so many movies that you’ve lost count but this iconic stretch of Sunset Boulevard but The legendary Sunset Strip lives up to the hype. From Marilyn Monroe and Jim Morrison to Janis Joplin and Jimi Hendrix there are hundreds of celebrities who’ve been seen in the area. A quick tip – Sunset Strip is best explored on foot as it is pedestrian friendly. Parking is hard to find and expensive.

Some of the world’s most instagrammed walls are right here in and around West Hollywood (WeHo). There are so many quirky street art gems in the area that it is easy to devote one day just to spying out these treasures. Try looking for colourful walls (Paul Smith’s pink wall is a social media phenomenon!), gigantic murals at the WeHo Public Library, and pristine angel wings that pop up all over the city. But that’s not all. Along the way, you’ll find tons of other bits and bobs that you’ll want to photograph. Take a look:

Urban moorings in @visitweho✌️️?I love all the markers of urbanity in this photo . . #travel #love #fashion #pink

It’s no secret – the sunset strip has been the hub of music for decades and hosted dozens of musicians and incredible bands such as Guns n’ Roses. Music is an important part of the culture of WeHo. The Roxy Theatre and Whisky a Go Go have a lineup of great acts on most nights.Walt Disney Concert Hall is home to Los Angeles Philharmonic and perfect if you enjoy classical music. If you want to party the night away, there are nightclubs by the dozen, including several gay nightclubs, at Santa Monica Boulevard. Posh, laid-back, or loud – in WeHo there’s a venue for you however you like your music.

The Griffith Observatory is one of our favourite places in LA and it’s just a short drive away from West Hollywood. The observatory, perched on top of a hill, offers panoramic views of the Pacific Ocean and the iconic Hollywood sign. Our favourite time to visit the Griffith Observatory is at sunset – it’s the perfect place to drink in the beauty of a typical Californian sunset with the twinkling lights of downtown LA in the distance.

If you’re in the mood for a day trip, there are tons of fun options in the area:

??”The world is big and I want to have a good look at it before it gets dark.” Reading John Muir and driving around @visitweho. California’s sunsets are… ?? . . . #bruisedpassports #travel #fashion #sky #sunset

West Hollywood prides itself on its progressive character. Unsurprisingly it was the venue for one of the world’s first few pride parades.  Today La Pride Music Festival and Parade is one of the biggest LGBTQ celebrations in California. The 3 day festival is celebrated in West Hollywood Park in June every year. It is devoted to celebrating diversity, equality, and the rights of the LGBT community. Expect exhibits, music, art, parties, and loads of fun.

Where to stay in West Hollywood

Petit Ermitage is a luxurious bohemian gem tucked in a little alley close to Sunset Boulevard. The Moroccan-themed boutique hotel lives up to its reputation as a boho-luxe haven – everything from the ornamental menus to lush toiletries have a distinctly Moroccan edge. We opted for the Junior Suite at Petit Ermitage – each suite boasts of a traditional fireplace, an elaborate mantel, charming wardrobes, and Persian carpets. The entire ambience at Petit Ermitage here is whimsical and decadent – just the way we like it!

The gourmet breakfast spread is in keeping with the boho-luxe feel of the hotel – think grapes and strawberries spilling from wooden platters, a selection of gourmet cheeses, freshly baked breads, chia pudding (yes Chia Pudding at a breakfast buffet – score!), and coconut flakes. While the spread isn’t extensive, it is high in quality! The hotel’s pièce de résistance is its rooftop restaurant with a pool offering a 360 degree view of Hollywood Hills. Choose from tables framed by dainty creepers or ones enveloped by teepees with fairy lights strung across them for a dreamy dining experience:

Where to eat in West Hollywood

We really enjoyed exploring the dining scene in West Hollywood. From michelin-star eateries to west-coast staples such as In n Out Burger, there’s nothing you won’t find here. But it’s the independent eateries we loved the most! In keeping with the city’s penchant for healthy food, there are organic eateries and third-waves cafés everywhere.

Head to Coffee Commissary or Verve Coffee Roasters for your artisanal coffee fix. The Eveleigh is perfect if you’re craving a rustic filling meal in gorgeous surroundings. They also know how to mix some mean cocktails. If cocktails are on your mind then you must visit E.P. and L.P. – an incredible rooftop bar that offers views of the Hollywood Hills.  Our favourite restaurant in the area is Gracias Madre, which offers 100% plant based food to guests. As the name suggests, Gracias Madre specializes in Mexican-inspired fare. We loved their tacos, salads, and green smoothies and went back for seconds and thirds.

Those are some of our favourite things to do in West Hollywood – the city is perfect for a weekend getaway jam-packed with urban pleasures.

Are you visiting California soon?

Check out our Guide to a Roadtrip in California and Nevada

See all our posts on travelling in USA  here 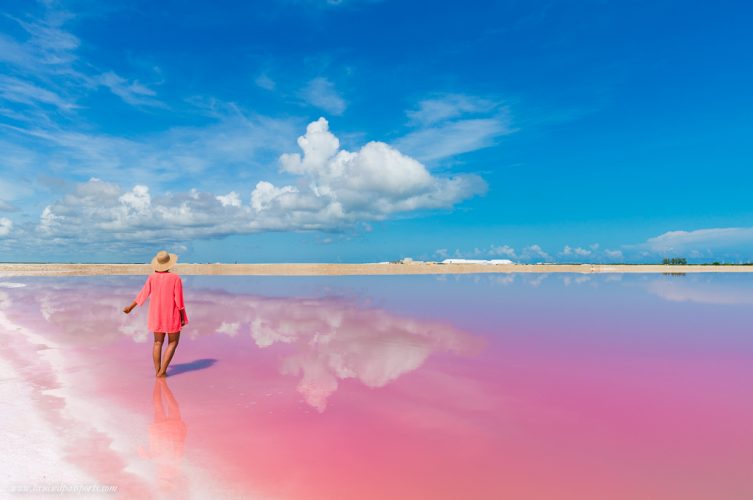 Finding The Coloured Lagoons and Pink Flamingoes In Yucatan Mexico

Get to know us more

A little nudge to help you travel more

Finding The Coloured Lagoons and Pink Flamingoes In Yucatan Mexico

64 thoughts on “A Hip Urban Getaway in West Hollywood, California”